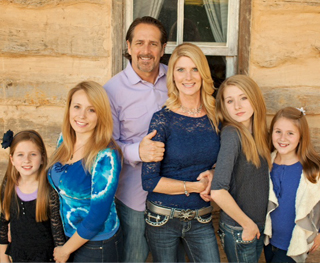 Terry has enjoyed a multi-faceted career spanning more than 30 years in industries including Restaurant, Real Estate, Construction Management, Merchant Services, Finance and Consulting.  Having worked in restaurants for much of his young adult life, Terry delved head-on into the hospitality industry during the mid 90’s in Moscow, Russia by constructing and operating the highly successful Crazy Horse Bar.

In 1999, Terry continued his association with the hospitality industry as VP of Sales for Restaurant.com which launched his long standing relationship with Sysco Foods.  In 2005, he launched Republic Payment Systems, a Merchant Services firm focusing on the restaurant sector.  He has since added key components including Business Financing, Commercial Real Estate Services and Restaurant Consulting.

In May 2014, he opened the highly successful The Republic Grille in The Woodlands and also serves as President for the Montgomery County Restaurant Association.

Terry has been featured on the Wall Street Radio Network, has hosted the Texas Restaurant Association Healthcare Summit in Texas with Congressman Kevin Brady covered by Fox News and has been featured in numerous news articles.

Terry is married with four daughters and resides in The Woodlands, TX.